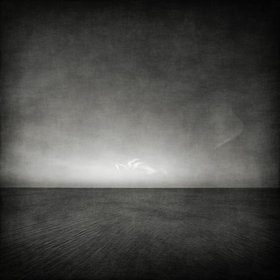 A post-traditional reconfiguration of Enlightenment

“If you are too well connected, you stop thinking. The clamour, the immediacy, the tendency to absorb other people’s thoughts, interrupt the deep abstraction required to find your own way.” George Monbiot

This piece was written to fill a void. One that I see as being the denial of the more ambitious aims of Buddhism amongst many contemporary practitioners in the West, including those who self-define as secular and who share many of my own views and concerns. In this piece, I attempt tentative steps to resolve this by exploring enlightenment, its terminology in early Buddhism, and a model for mapping it into four stages, in order to demystify what is possibly the core abstract feature of contemporary spiritual discourse. I take a post-traditional approach and use Buddhist materials as sign posts rather than definitive truths, so although this work is indebted to traditional Buddhism; it will not be limited by it. As rich historical phenomena, Buddhism provides a wealth of valuable material that can aid our understanding of the human condition, including techniques and practices that lead to insight into our shared human condition and a moral framework to guide an individual to be less destructive. It also provides the historical roots for much of what we understand to be involved in the business of enlightenment.

This text attempts to push the phenomenological value of Buddhist enlightenment into the shared human landscape, unhindered by cumbersome institutional politics and traditional ideological ties, in order to construct an imagining of spiritual enlightenment that is rooted in our embodied, finite nature, and that has little concern for super powers and eternal salvation in Buddha-fields.

A post-traditional approach means engaging critically with Buddhism and leaving all forms of traditional allegiance behind, whilst utilizing other sources of knowledge to explore it as human phenomena. On a personal level, post-traditional involves risking personal investments made in specific Buddhist narratives to come to an honest reading and engagement with Buddhism and its central tenets: an ongoing process that requires dedication to examining explicit and hidden pay offs that occur through allegiance with the Buddhist identity. A post-traditional approach refuses special claims or categories for Buddhism and its insights, and expects Buddhist materials to stand alone, without need of faith or a privileged status to validate veracity. Because it is post-traditional, this piece is an exploration unhindered by the social mores of any specific Buddhist community, where discussing enlightenment and claims to such are taboo, and where norms are often established that limit creative and critical engagement regarding its obtainment or lack thereof. Leaving aside such baggage, this piece hopefully builds a case for a reconfiguration of enlightenment in which its thoroughly human potential is made explicit and doable.

There are multiple maps that lay out the route to enlightenment in Buddhism. Buddhist traditions have a habit of disagreeing which each other, so there are all sorts of potential outcomes that occur in the stories traditions tell themselves. Many Buddhist maps have turned the pursuit of enlightenment into a superhuman feat; others have made it into a form of increasingly inhuman self-control and denial. Many maps are extremely complex and worded poorly. I have chosen perhaps the oldest map to be found which has the great merit of being simple as it is set into four stages and is relatively accessible. There is a degree of tension in this piece though as this model comes originally from the Theravada School and I will be using a non-dualistic perspective more closely associated with later developments in Indian and Tibetan Buddhism to analyse and reconfigure it. The reasons for this will be made clear as the piece unfolds though this may seem a rather eccentric endeavour initially. What’s more, one might assume that the descriptive maps of meditational insight and progress are inseparable from the culture, time and place of their inception. Although in part this must be true, I find it motivating for it illustrates how in need we are of updated maps that are usable in our current cultural milieu. It may though simply be dismissive of the shared human landscapes that are accessed and traversed through meditation practice and the progress of insight. Suffering and ignorance are suffering and ignorance after all. Finally, since this text is conceived of within a post-traditional approach, anything is possible. It is along the creative lines of experimentation and daring that something of use may emerge and therein I shall travel. I do so unconcerned with the inevitable critique that may emerge from Buddhists following traditional lines of practice and community.