We’re back! The Imperfect Buddha Podcast’s new episode arrives just in time for the New Year. This time out, we’re exploring Engaged Buddhism and the question of whether to engage or disengage. We discuss how Buddhism could provide tools and practices to support those engaging with the political landscape and activism but also how Buddhism often provides a means for people to hide out from the uncomfortable realities we see around us; the ones that cause endless amounts of collective suffering. We discuss practices that could help individuals and groups wake up from the apolitical stance that is so present in western Buddhist groups and discourse and look at how Engaged Buddhism too often concerns itself with the symptoms of the three institutionalised poisons that David Loy has articulated in his work whilst avoiding a genuine critique of the cause. Ken Knabb helps us on our way as does Loy and we even manage to get in some critique of Stuart’s favourite Buddhist group, Shambhala, as well as one of my least favourite new age capitalists, Eckhart Tolle.There’s plenty of banter and lots of constructive critique and practice suggestions, so jump in and give it a listen.

Happy New Year to one and all.

END_OF_DOCUMENT_TOKEN_TO_BE_REPLACED 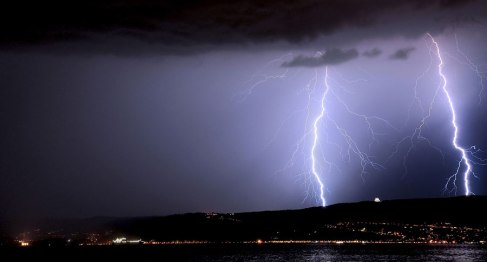 ‘(An) unchanging, unitary, autonomous self is non-existent. Our existence is nominal. Devoid of an owned, inherent nature.’ Allan Wallace.
‘All our anxieties and difficulties come from our inability to see the true face, or true sign of things.’ Thich Nhat Hanh
If Buddhism denies a permanent self, then how do we deal with the issue of identity? Who are we really? What is the basis of our sense of being ‘a somebody’ that does indeed appear to exist in the world – to have relationships, work, eat, sleep, piss about on Facebook and read Buddhist books? In Wallace’s words we are informed that there is not a permanent, fixed self; yet a self of some kind does exist, even if it is simply seen at first as the process of moving and shifting reference points, preferences, relationships and roles.
Initial questions in response to the teachings of no-self tend to emerge from the insecurity, doubt and fear that arises in response to the idea that no-self =‘I don’t exist’, when you quite clearly do. You’re reading this, right? Underneath such potential insecurities is the existential fear of non-existence, of being nothing and therefore believing somehow that there is no meaning in our existence. This is a fear I have experimented personally and I am fully aware of how unnerving it can be. However, no-self does not mean that we are merely a mass of biological processes, a cog in the wheel of organic life. Such perspectives on existence constitute a form of Nihilism, which is one of the great mistaken views in Buddhism. So, we can relax knowing that at least in Buddhism, this is not the intended meaning of no-self.
The questions should perhaps be then, not whether you exist, but ‘How do I exist?’ and ‘If there is no permanent central core within me somewhere, then what am I really?’ Discovering that a solid, core self is non-existent should not lead us to deny what we do wake up to each day. Our lives stand before us each morning. A tangible world that starts with our bed, the walls of our bedroom, the home that we inhabit, the street below, the feelings and sensations of warmth and of cold, and so on. The Buddhist path is not about denying life and existence. I like to think of it as the establishing of new rules of engagement and enquiry outside of our conditioned, patterned, personal history and collective blindness in order to see and experience things as they are, unconditioned. We are usually so driven to find final, definite answers that we often lose a sense of what the real issue is. Does it matter what we believe? Sure. Does it matter which position we adopt? Certainly. But do we need to be so concerned with getting the ‘right’ philosophical, religious or psychological belief, the final answer, to define ultimate reality or the end game of existence and life? No. At least I don’t believe so. To do so might simply be another mental construct we use to define our sense of self and position ourselves against, or for, a particular side in the endless debates about the true and ultimate nature of things. It is much more useful and relevant to explore directly the mechanisms within you that shape the reality you experience and live. In this way your personal experience takes precedence over the adoption of particular philosophical stances and the idea of no-self becomes an open invitation to explore the ramifications of such a possibility on your life, not only on the meditation cushion, but also in the moments in-between.
Pages: 1 2

For this section I have taken inspiration from Thich Nhat Hanh. Hanh is a spokesman and elder of mindfulness; a Vietnamese Zen monk, and international figure in promoting world-peace and civil rights. He was also nominated for the Nobel Peace prize by Martin Luther King and he is probably the world’s most famous Buddhist after the Dalai Lama, although this certainly does not detract from the potency of much of his teaching. At times his works are seemingly geared towards the mass-market, but within his books are many real gems, especially regarding mindfulness, and he has been forthright in transmitting a heartfelt form of Buddhism to a much wider audience whilst making mindfulness popular and accessible to all.
Mindfulness is a rich and varied topic central to the world of Buddhism. It has become increasingly popular and widespread, being incorporated into hospitals, prisons, major businesses such as Google and Apple, and has been implemented in the cure of depression and recognised by the medical establishment for its validity and comparability with antidepressants. Much research has been undertaken on the beneficial effects of mindfulness practice and this has led to a great variety of books being published that extol its virtues, usually aimed at as wide a market as possible.
This is all great news and certainly needs to be commended. It is important though to consider the intent behind this popularisation of meditative technology practice as intent is paramount in shaping the experience of actual practice and the capacity for it to move us in one direction or another. Mindfulness used to manage difficult emotions and feelings, and mindfulness used to help one focus one’s mind in order to work more effectively are not the same as mindfulness used as an ongoing path for liberation, radical freedom and change.
Perhaps it would be useful at this point to make a distinction between Non-Buddhist Mindfulness and Buddhist Mindfulness, between mindfulness stripped of any overt Buddhist leanings, and of mindfulness practised within the Eightfold Path, or any path for that matter, with the intent of waking us up. We can consider the latter as Right Mindfulness for the sake of simplicity and this post.
Pages: 1 2