A post traditional approach is best served by intellectual and experiential curiosity coupled with a willingness to examine the assumptions rooted within a given tradition of Buddhism and their maintenance through linguistic and behavioural norms. Because it works best when it suspends Buddhism’s internal value system regarding its own worth and claims, it is not in competition with tradition or seeking to usurp it. Rather, it is an attempt to see and experience ideas and practices afresh, without negotiating through the tradition. This approach represents a change in the internal rules characteristic of identification and a suspension of the norms that govern relationship within the tradition. Some may consider this arrogant or overly-individualistic, but they would be wrong. Certainly, an initial requirement is that an excess of reverence for Buddhism and its lineages be understood as an obstacle to critical engagement. This does not need to give rise to some sense of superiority, however. Upsetting the status quo can lead to such accusations because post- approaches necessarily look beyond tradition, which can appear threatening to those holding those lineages together. As an approach and not a new –ism, traditional Buddhists could, theoretically, perceive it not as a threat but rather as a methodology of sorts for renewing and reviewing their own relationship with Buddhism. They might even find the whole process enlightening.

As practice, a post-traditional approach incorporates a number of guiding principles, some of which connect back to Hokai’s points on the ages of civilisation and address issues of praxis. Hokai spoke of institutional change but he also addressed a number of practical points in a course he undertook for Buddhist Geeks called The Three Pathways of Awakening back in 2011. There are elements of pragmatism and a concern with ethics in that discussion of post-traditional approaches to Buddhism. In it he lays out three shifts that he considers indicative of a move from traditional to post-traditional, which are summarised as follows;

The final point that needs mentioning from Hokai’s talk sees a post-traditional approach as integrating a great deal of awareness about the limitations of tradition, whether ideological or identity-based, and the role and challenges of modernity and post-modernity. In addressing Buddhist practitioners, this opens up the critique and evaluation of Buddhism a great deal and asks that practitioners be aware of wider concerns that go beyond Buddhism to our role as members of societies that are struggling with profound issues of identity and purpose. Such principles may appear as common sense to the more critical follower of Buddhism, yet part of the problem of the elaboration of the Buddhist identity in the West is that it too often refuses such shifts and if some semblance of the shift does take place it is too fully in line with an additional call that Hokai makes: “the core principles of the Buddhist path (are to be) reasserted effectively and compellingly.” This is where my approach to articulating post-traditional Buddhism finds necessary companionship with non-Buddhism. This companionship, however, is an ethical and pragmatic one and thus encapsulates the three shifts that Hokai lays out above. For, in many ways, the insights of non-Buddhism provide additional means for achieving such shifts. Where it stops is at the final call that Hokai makes. This is where post-traditional Buddhism as a project perhaps finds its calling. For if Buddhism is to provide an effective additional means for working on Western identity formation, the Western ‘ego’ or the Western self, it must continue to evolve and be willing to challenge its own history, present and future potential. This is a delicate process and requires some daring because many have a stake in asserting their views on what is possible and how it should or shouldn’t be done. There are a whole range of voices that can shut down budding curiosity. Knowledgeable voices can be so strong as to dampen enthusiasm. Authoritative voices can drown out your own initial attempts. Tradition can be overwhelming and suck you back into its fold. Critiques can be so determined in enforcing their own conclusions as to stifle the right of others to figure things out as they go. Dealing with these voices is a practice too but how is it done? Take each voice as a benevolent teacher that is fallible and immersed in a story. Find the right distance from which to hear what is being spoken and what is being said. Question it. Be open to it. Don’t let it destroy your own curiosity and questions. This is a productive starting point. 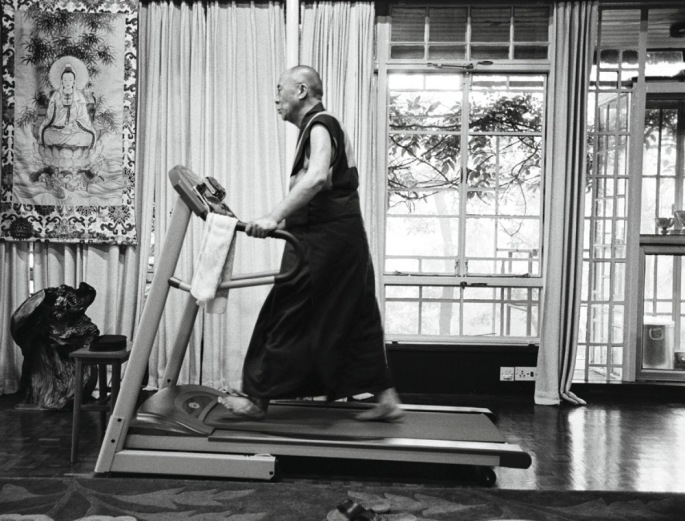